Biomass Energy: Learn About the Pros and Cons

What is biomass energy?

Biomass energy derives from the organic matter (microorganisms) of plants and animals. Plants take advantage of solar energy to produce food through a process called photosynthesis. Plants store energy in the form of chemicals, and animals get this energy when eating plants.  It exists different forms of biomass such as crops, manure, trees, grass, garbage, dead plants, and animal waste. We use them to generate biomass energy and currently wood is the principal source of biomass energy.

Wood is a biomass fuel. To create biofuels, we can also use crops like sugarcane and corn. It is a renewable source of energy because we can replant plants.
When plants and animal waste are burned, the energy trapped (carbon dioxide) is released into the atmosphere. Since carbon dioxide is part of the Earth's living cycle, Biomass energy is a renewable energy source.
In this article, we are going to look at the pros and cons of biomass energy to better understand its importance as an alternative renewable source of energy.

PROS
It is renewable

Biomass energy is a 100% renewable energy source, due to the fact that the availability of biomass sources such as manure, dead plants, and garbage is and will always be unlimited in supply as compared to finite fossil fuels.

Biomass energy has the potential to outlast traditional fossil fuels, which are limited in supply and we cannot depend on them forever. Moreover, for biomass to be renewable as well as a sustainable energy source, we need to replant and replenish new crops constantly. Even though plant life is abundant, if efforts are not made to replenish stocks of new crops, it might lead to major problems such as deforestation.

Much like sun and water, biomass fuels are abundant and are present practically anywhere on earth. We produce biomass energy with organic waste in the form of dead leaves, grass, trees, and animal carcasses; which are available in abundance. Making use of biomass materials reduce the amount of waste that we send to landfills, hence help reducing air, odor, and visual pollution; caused by those landfills.
As long as there are humans, plants, and animals coexisting on earth, biomass fuels will always be available and abundant in supply.

Generating energy from biomass is much cheaper than harnessing fossil fuels such as coal and oil. The cost involves collecting biomass fuels is extremely low as compared to drilling for oil or building gas pipelines. Typically, the energy created from biomass fuels cost one third less than fossil fuel itself, yet doing the same job. On a yearly basis, this can amount to a considerable amount of money saved on energy. 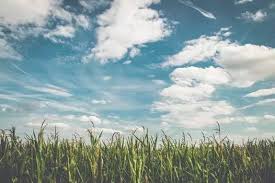 Even though biomass is a carbon-neutral fuel source, it is not 100% clean. Burning wood and other natural materials create carbon dioxide and other gases, that can pollute the environment. They can be as harmful as the pollution generated by coal and other types of energy resources. Despite being a 100% renewable energy source, biomass energy is not a 100% clean and efficient energy source.

One of the main flaws of producing biomass energy is that it requires a large amount of space to grow and to store natural materials. The required space is not always abundant, mainly in urban areas such as cities, towns, and suburbs. In most cases, biomass energy plants are found in high-populated density areas; where they cause more traffic and more pollution rather than contributing to making those places better and cleaner living environments.

To transport and extract the trees, plant and animal waste to the biomass power plant can also be pretty expensive. It is important to note that in order to maintain the power plants, we need to gather and supply those resources to the power plants on a daily basis.

As mentioned above, wood is the main source of biomass energy. To produce biomass energy on a large scale, we need to burn a significant amount of wood and other natural waste. As wood is the major source, cutting down trees may lead to deforestation which will not only reduce the number of trees but also destroy the natural living habitats of indigenous birds and animals.

One of the biomass products is Ethanol, which is considered to be inefficient as compared to gasoline. In order to be more effective, we combine small amounts of fossil fuels to Ethanol. Ethanol is mixed with gasoline and used in combustion engines; which can be harmful to the engines in the long-term.

Just like the other alternative energy sources, it is clear that biomass energy has its pros and cons. However, scientists are constantly working on ways to improve the effectiveness and efficiency of biomass energy. Biomass is a 100% renewable energy source and if we use it wisely improvement can become a more sustainable energy source. To conclude, I would say that it is still a much better solution than fossil fuels and it can help energy-thirsty countries to reduce dependence on fossil fuels imports.

Do you have any questions or opinions about biomass energy and its potential future? Please let us know in the comments section below or subscribe to our blog, like our Facebook page, or follow us on Twitter and be notified weekly about solar energy and many more other interesting solar-related topics.